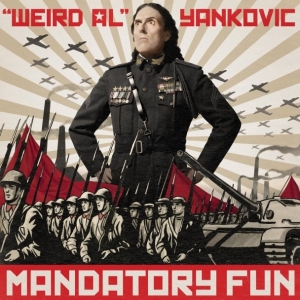 “Weird Al” Yankovic’s new album Mandatory Fun will reportedly take the No. 1 spot on the Billboard 200 and pretty much every other chart in the coming week. The record has already produced several songs which parody many of today’s biggest pop hits. As part of the promotion of the new album, Yankovic decided to release eight music videos in eight days and now we have the most of the videos.

In honor of the comedian taking the throne from other musical acts, we have put together all of the songs from the upcoming album that have been released in the last week so you can enjoy them this weekend and think about just how Yankovic has never had a number one album in the past and had to wait until 2014 to do so.