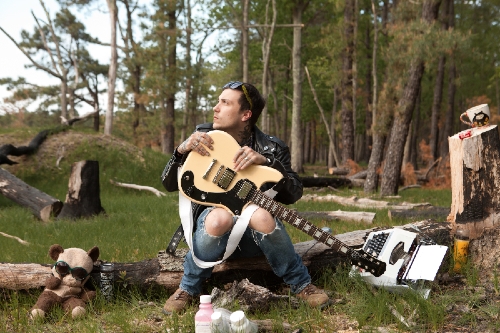 Frank Iero recently announced his new project, Frnkiero and the Cellabration and it looks like the guitarist’s new project is showing no signs of slowing down.

After announcing the band, Iero went on to reveal that they would be releasing their debut album soon. Then, news came that Iero and company would be hitting the road with former tour mates and My Chemical Romance buddy bands, Taking Back Sunday and The Used. Iero told fans that the music he had created under the new moniker, would be performed for the first time ever in front of a crowd during this tour.

Yesterday during the day, Iero revealed he would be releasing one of the songs from the upcoming debut album at night. Sticking to his word, “Weighted” was unveiled.

Frnkiero and the Cellabration’s album stomachaches is set to be released on August 26 via Staple Records.