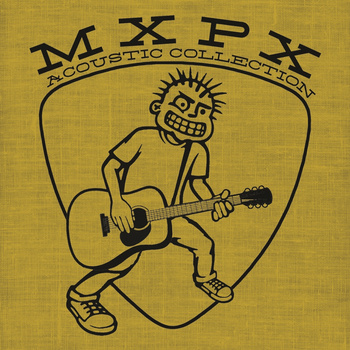 Fans of MXPX now have something to look forward to; the band announced last week their plans to release an acoustic album feature several of their songs.

The acoustic album comes around the time that the band will celebrate their 22nd anniversary of being together, though they have been on break for a little bit.

Singer Mike Herrera produced the album in his studio with the help of Stephen Egerton, the guitarist of The Descendents  as well as Emily Whitehurt of Survival Guide who lent her vocals to several tracks on the album including “Tomorrow is Another Day,” Secret Weapon,” and Buildings Tumble.”

When asked about what led to the decision to make this album, Herrera admitted that part of it was because the fans had requested it.

“This was a request record from our fans. We’ve been asked hundreds of times to release an acoustic album and we finally have complied, just in time for our 22nd anniversary milestone. Most of these I’ve been performing live acoustically for a while now, but I rearranged some of them specifically for this release, giving the songs a whole new perspective and feel. Although these are studio-quality performances, I really tried to keep the overall sound of the production reined in and focused on the crux of the songs. All the tracks are my favorite ones to do acoustically.”

For now, you can pre-order the album over at the band’s BandCamp page where you will receive “Let it Happen” immediately after ordering the album.

The track list for the record can be seen below and don’t forget to check out Herrera while he performs at the Acoustic Basement stage for the next two weeks.