Riot Fest already has music fans up in arms over the fantastic line-up they managed to get for all three editions of the festival (Chicago, Toronto and Colorado). The geniuses behind the festival, today unveiled even more acts for their hometown show.

Riot Fest Chicago will all go down during the weekend of September 12-14 at Humboldt Park. If you have concerns about being able to pay for the festivities, festival organizers have now whipped out a payment plan to help those that would have had trouble with paying for the show. More information can be found over at their official website.

Now, if only they will reveal who the final band playing their classic album, in full, will be. We’re betting on The Cure, but we could be wrong.

Check out the newly updated flyer below. 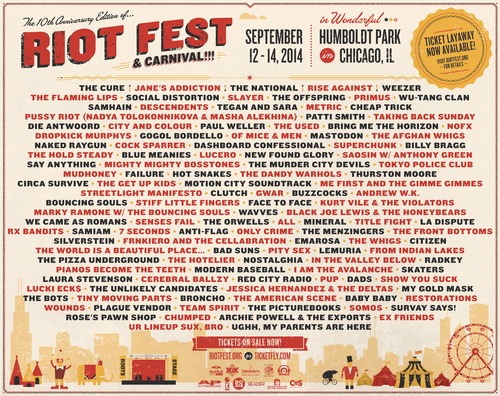