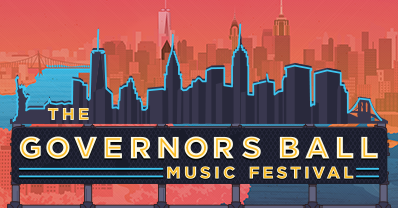 Houston, we have major problems and it looks like whoever the people were who planned the schedule for this year’s Governors Ball is to blame.

The Governors Ball, which already revealed it’s long list of high-profiled artists including Phoenix, Vampire Weekend, Jack White, Skirllex, Foster the People, Discloure and many more have just unveiled its schedule and there may be a lot of conflicting acts that the audience would like to see.

Outkast and Damon Albarn will be closing out the night so that is probably the big issue on the first day. Honorable mentions include TV on the Radio or Grimes; Neko Case or La Roux; and Julian Casablancas or Jenny Lewis.
Saturday, the issues continue with audience member needing to pick between Jack White and Skrillex. (we’re bias, we’d go with Jack White especially since he follows The Strokes; their first festival show in three years and they never go out on tour or anything). Sadly, The Strokes will be  up against Childish Gambino. Honorable mentions for Saturday include Spoon or Sleigh Bells; Disclousre or Broken Bells; and Defheaven of Tanlines.

As for Sunday, there doesn’t seem to be any big conflicts except for Tyler, the Creator playing against AlunaGeorge and Banks playing opposite Wild Belle. No big since you will be able to see Vampire Weekend close out the entire weekend-long fest.

The schedule is currently not up until Friday on the official website for the festival, but you can go ahead and find over at the festival’s mobile app or Clashfinder.

The Governors Ball is set to take place during the weened of June 6-8 at randall’s Island Park in New York City. Tickets are still available if you feel like taking a spontaneou trip to NYC and go to a festival.

Just in case you forgot who was playing when.