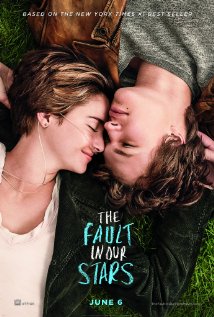 What happens when you gather some of the artists that are featured on the The Fault in Our Stars Soundtrack for a live stream of them performing their tracks from the upcoming album?

An hour long show that is secretly getting fans of the John Green book ready for the film adaptation slated to hit theater within the next few weeks.

Ed Sheeran, Charli XCX and Grouplove all gather in Los Angeles to treat fans, both the live ones and the ones watching from the comfort of their homes, to some live music while the film’s stars, Shailene Woodley and Ansel Algort made an appearance at the event (it should be seen around the 30 minute mark on the video).

Charli XCX, who currently has a radio hit with her guest appearance on Iggy Azalea’s “Fancy,” kicked off the show either song from the film, “Boom Clap” and treated fans to her new single, “SuperLove.”

Grouplove were the next to take the stage with their track from the soundtrack, and the first official music video for the film, “Let Me In” as well as “Ways to Go” their lead single off 2013’s Spreading Rumors.

Leaving the biggest for last, Ed Sheeran took the stage where he performed his song which just last week was turned into a music video, “All of the Stars.” He also performed his current single, the Pharrell-produced “Sing.”

Though they didn’t make it to the live stream, Lykke Li, M83, Ray LaMontagne, Jake Bugg and many more will be featured on the album due out May 19. As for the film, that won’t hit theaters until June 6.