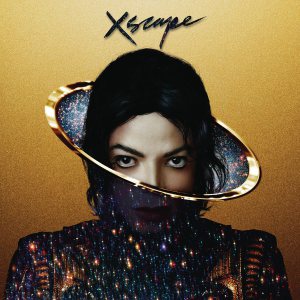 When the iHeartRadio Music Awards announced that they would be premiering a new, never-before-heard song from the late Michael Jackson, it was not mentioned that Justin Timberlake had actually worked on the song as well.

The announcement was simple: Usher would be paying tribute to the late musician during the show. The performance featured several dancers dressed up in black and neon colored costumes, grafitting a virtual brick wall before dancing to the tune.

Dressed in black and gold, Usher appeared. It was assumed that Usher would sing the song, to honor one of his biggest idols, but when a close up shot appeared on the live broadcast, The Voice judge did not have a microphone on nor were his lips moving.

Before the show was even began its Red Carpet broadcast, Timberlake had taken to his Instagram to post a picture of the cover for Jackson’s post-mortem album, Xscape with a gold background. Just a week and a half ahead of the album’s released, the full version of te song “Love Never Felt So Good” has been released.

The track takes it back to the 70s, when dance pop songs were all the rage and people actually danced with each other rather than today’s grinding and twerking.

Check out the full track below and give your own opinion about it, especially if you’re feeling it.