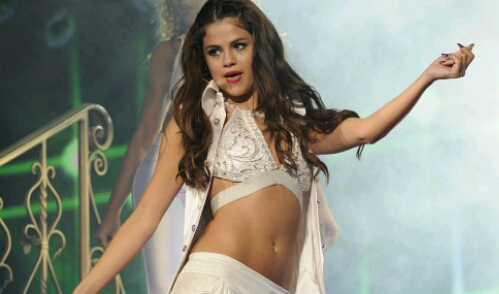 Drama might be a word associated with former Disney star and current pop star Selena Gomez as of lately, but that doesn’t mean that’s all there is to her.

For weeks now, things have been rocky at best for the actress-singer, from her on-and-off again relationship with Justin Bieber,  to her stint in rehab to firing her parents as her managers and most recently deleting everyone from her Instagram and Twitter feed following a reportedly crazy weekend at Coachella with those spawns whose names start with Ks.

Even though her personal life might be a mess, her professional life is pretty much on track with recent news of her hiring Katy Perry’s management team last week and even began updating her Facebook with scenes from her shoots for sportswear company, Adidas.

Earlier today (April 30), Gomez posted up two 15-second clips of herself covering Corinne Bailey Rae’s “Like a Star” with moody sepia filter and all.

Check out the covers and tell us if you think she did the songbird justice.

Still I wonder why it is.. I don't argue like this, with anyone but you