Anthony Green is going to have a full schedule in the near future. The Circa Survive frontman and recently reinstated Saosin frontman has two tours coming up.

Last week, Saosin had revealed a short tour, only featuring four dates including their stop at the Skate and Surf Festival in May. The other dates will all take place in their home state of California.

Now, it has been revealed that Circa Survive will be hitting the road on their own tour for a short period in the Summer. See, Green is going to be very busy.

The tour will begin on June 21 in Grand Prairie, TX and wrap up on July 19 at Union Transfer in Philadelphia. Tickets for the tour which dates can be seen below, will go on sale this Friday, May 2, at noon. 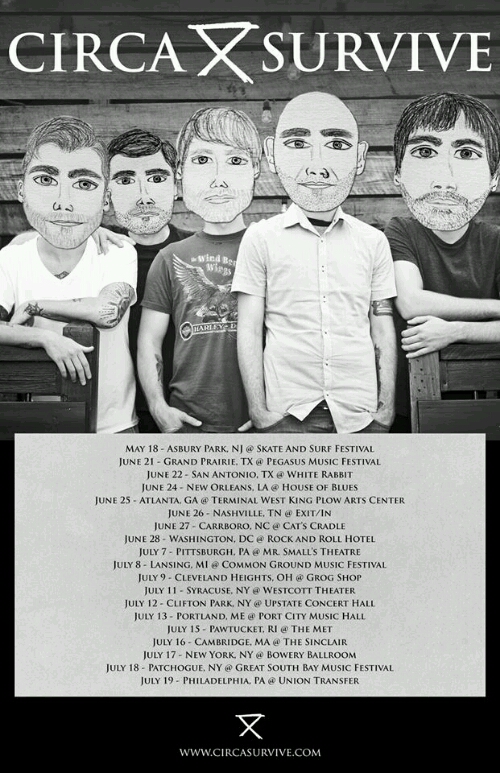