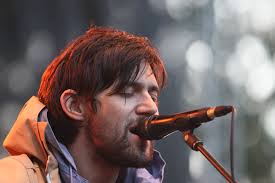 Though Record Store Day was three days ago, it doesn’t mean that all the special songs and records that were purchased won’t be making their way onto the internet.

Previously we have had the chance to listen to fun.’s debut demo, Point and Light, Jack White gave us two versions of his new track “Lazaretto,” Green Day releases Demolicious and Paramore released a B-side in honor of the music lover’s favorite holiday. We can now add a B-side track titled “Fast Friends” from Conor Oberst to that list.

This new B-side is the first piece of news that we have gotten from the Bright Eyes frontman since those accusations against him were made earlier this year. Another bright side for the singer, his new album Upside Down Mountain will be available on May 21 through Nonesuch Records.

Until then, you can stream Oberst’s “Fast Friends” below until his new record is officially on shelves in a month’s time.