Skate and Surf recently announced that the festival would be returning to their home turf of Asbury Park, New Jersey, but with happy news, came some sad news.

Some of the artists that had been previous announced for the line-up were taken off of the schedule due to scheduling conflicts. After the sad news had been made, festival organizers have re-released the updated version of the daily schedule for the two day-festival.

The new, major additions include New Found Glory, Alkaline Trio and many more which can be seen in the flyer below. We have also added the original flyer from the festival alongside the updated one so the difference can be seen. 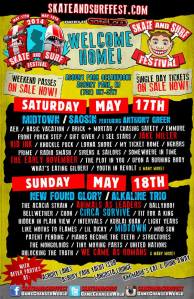 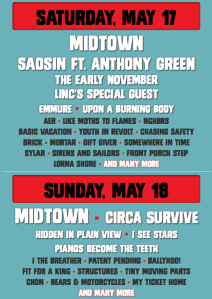 Skate and Surf Festival is scheduled to take place in Asbury Park on May 17 and 18 with tickets currently on sale. Both single day and two-day passes are currently available, so if you have any desire to go see the show, you better get them fast.