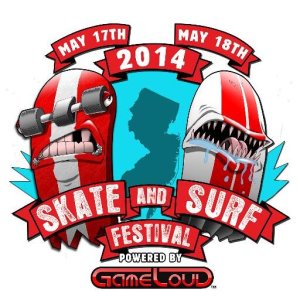 When the Skate and Surf announced that they were trying to return to their original location of Asbury Park, some were wondering if the festival would be able to do so.

Turns out, they could and they did.

Festival organizers confirmed today that the music festival would be heading back home to Asbury Park, NJ; a perfect way to continue their mission on going back to their roots. Reportedly, the City of Park voted unanimously on a multi-year deal last night to bring Skate And Surf back. The unanimous vote also has allowed the festival to expand to the beach area of the town.

According to the Asbury Park Press, there will be five stages on Ocean Avenue and Bradley Park as well as a gaming interactive room will be at the Berkeley Oceanfront Hotel. After parties will reportedly be held at the near by clubs.

Last month, the full line-up for the show had been revealed which included Circa Survive, The Early November, Saosin with Anthony Green and of course the reunion of Midtown. Alongside the news of the location permit, five more acts had been revealed for the two-day festival as well as some squashed rumors that had been floating around.

The new additions to the line-up will include Knuckle Puck, Unlocking the Truth, Lil Dicky, Animals as Leaders, and United Nations. As for the denounced rumors, Brand New and My Chemical Romance are not performing at the festival, even though it would be a fantastic way to welcome the festival back home.

Check out the revised schedule and a map of Asbury Park to familiarize yourselves with if you’re heading to Jersey for the shows in May.