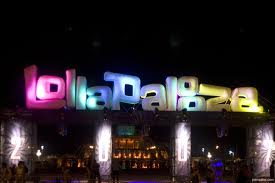 Lollapalooza’s 2014 line-up isn’t even supposed to be out yet, but thanks to The Chicago Tribune, the list of headliners. The list, in celebration of the tenth year of the festival, isn’t supposed to be out until next week, but industry sources had confirmed some of the headliners for the event.

Eminem, The Arctic Monkeys, Kings of Leon, and Skrillex are just some of the names that were revealed. The reason why some attendees for the 2014 incarnation might be a little upset with the headliners could be that the confirmed headliners have already take the starring role before.

Eminem headlined in 2011, the same year Skrillex was given a sub-headlining role. Last year, the EDM staple performed at Lollapalooza with his side project Dog Blood. The Arctic Monkeys also played in 2011, but to a late afternoon crowd making this year the first time the United Kingdom band will headliner the festival. As for Kings of Leon, the band previously played in 2009.

While the source did not confirm it, Foster the People have already self-confirmed their appearance at the festival. At the end of the official announcement, there will be an estimated 100 acts performing across eight different stages during the weekend long event.

Lollapalooza will take place at Chicago;s Grant Park during the weekend of August 1st-3rd. Tickets for the event will go on sale beginning next Tuesday.