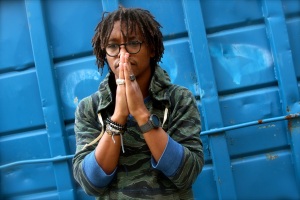 Lupe Fiasco must be in an ultra giving mood today because the rapper has released two new tracks in a span of a few hours. Last night, a new track from the Chicago rapper titled “Snitches” had been released onto the internet. Within a few hours, another new track, fittingly titled “Snitches 2.”

The artwork for both songs are the singles’ cover art, showing no indication on whether the two songs will make it onto the new album that he is currently in the studio recording. Reportedly, the album is titled Tetsuo & Youth and should be released sometime this year. Fiasco’s last album was 2012’s Food & Liquor II: The Great American Rap Album Pt. 1

For now, “Snitches” and “Snitches 2” can be heard below.