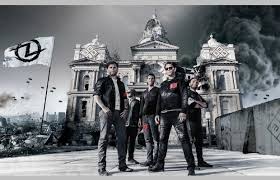 Looks like Hawthorne Heights are ready to take things back to 2004 because the band have announced that they will be heading out on The Silence in Black and White World Tour.

With those who weren’t around during that time, emo was huge and Hawthorne Heights were probably one of the bands to blame for that. The Silence in Black and White was the album that made them a household name with songs like “Ohio is for Lovers” and “Niki FM.”

Like most of the bands that released album during that defining music year, 2014 marks the tenth anniversary of the break through album so why not go on a world tour to celebrate its anniversary.

The tour is set to kick off on April 8 in Dublin and go throughout Europe eventually ending on May 8 in Belgium. But if your tour date has not been announced, which is anybody who does not live in Europe, then don;t sweat it because these dates are the just the first of many to be released. Dates in Asia, Australia, and North America will reportedly be coming soon.

All information about tickets and VIP tickets can be seen on the band’s website. The VIP package includes acoustic performances, meet and greets as well as an acoustic version of The Silence In Black and White. There is no other mention about the acoustic version of the album, but we’re pretty sure they;ll begin to sell it at their show once the tour starts up.

Until then, the first batch of tour dates can be seen below.

THE SILENCE IN BLACK AND WHITE WORLD TOUR (batch one):