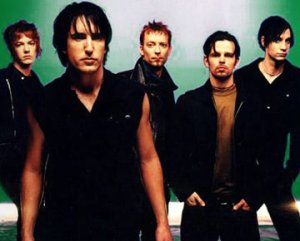 It was probably one of the most anticipated performances of the Grammys,Trent Reznor, Queens of the Stone Age, Fleetwood Mac’s Lindsay Buckingham and Dave Grohl, but apparently that didn’t cross the mind of the people behind the yearly award show.

Instead of replacing one of the other lackluster performances during the three-hour show, the runner decided to end the show with a high by putting the show at the end.

Understandable, keep the best of last and end on a high note, but how they did it is what drove Reznor nuts to the point that he took to Twitter to air his grievance about the decision to cut the performance short and put in all the advertisements for the event in its place.

Reznor tweeted the following about the decision: “Music’s biggest night… to be disrespected. A heartfelt FUCK YOU guys.”

It took three days, by Reznor received an apology from Grammy executive producer, Ken Ehrlich. “I’m sorry he was upset,” Ehrlich told the Hollywood Reporter. “I was really thrilled that we were finally getting him on the Grammys.”

He continued, “The final jam started with Arcade Fire a few years ago, and LL Cool J last year. I want to end on a high, an up note. I did tell them we’d take it as long as we could. The number was about five, six minutes long, and we got to within a minute twenty of the end. We got as close as we could possibly get.”