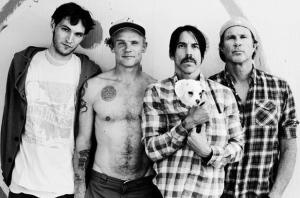 Surprised was probably how some fans felt when it was revealed that the Red Hot Chili Peppers would be taking the stage with Bruno Mars during this year’s Super Bowl Halftime Show. Some fans of the Hawaiian singer probably thought at first that the California-rockers were invading the singer’s special moment by announcing they would be performing as well.

Turned out that Mars had been the one to contact the Chili Peppers and invite them to perform with him during the iconic time period.

At the time, and even know, it is unknown what exactly is going to happen during that time slot, but if you take what Chili Peppers drummer Chad Smith said in a recent interview, the performance is going to involved a cover of Led Zeppelin’s “Daze and Confused.”

You can watch the interview featuring Smith thanks to Artisan News here.

Performing with Mars won’t be the only connection that the Chili Peppers will have with the Super Bowl this year; the “Californication” group will be involved in a series of concerts around New York during the weekend.