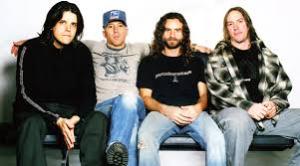 Fans of Tool, there is some good news and some bad news coming from the band’s camp.

The good news is, the band will be going out on tour. The bad news is, the tour will exclusively be for those living on the west coast and two places in Mexico.

This short west coast tour will be the first time since Summer 2012 that the band have hit the road for a North American tour. Last year, they did hit the road, but only in Australia, New Zealand and Japan.

At the time that the dates had been released, there was no indication of whether or not there would be additional dates added to the already released once which can been seen below or if a new album is currently on the horizon.

The band’s last album was 2006’s 10,000 Days, but if what drummer Danny Carey told Loudwire last July during an interview holds true, there might be a new album headed our way in early 2014.