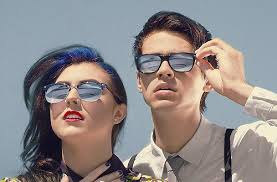 After many months and much speculation that a break up was in the cards for VersaEmerge now going by VERSA, the duo have finally debuted their first official song since they changed the band’s name.

If you don’t remember, it was a few months ago that the band made the big decision to go ahead and put VersaEmerge to sleep and come out with a new band, of course partially sticking to a name that fans are already familiar with. Instead of re-doing all their social media accounts to reflect the name change, the duo decided it was in their best interest to just start from scratch.

Today, after a year of ups and down, they have released their first song under the moniker of VERSA, their first new song since those tracks that would have been featured on their second album, Another Atmosphere, if it had made it to the shelves.

The song titled “Neon” has some major industrial, electronic influences and will appear on their EP, Neon, due out on January 14. The song can be heard here and if you like it, you can actually head on over to the band’s BandCamp and download the track.