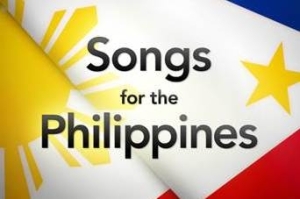 Every time there seems to be a natural disaster, it takes musicians no time at all to come together to help those that are in need. When Superstorm Sandy destroyed the Northeatern coast, the 12-12-12 concert came in and raised money to help those that had been affected by all the storm.

A few weeks back, the Philippines had been hit by Typhoon Haiyan which damaged most of the Asian nation and resulted in the death of more than 5,200 (currently).

Now, musicians are coming together to make a fundraising compilation featuring some of the biggest names in the music industry. Songs from musicians such as The Beatles, Bob Dylan, U2, Bruno Mars, Katy Perry and many more. All proceeds from the album will go directly to the Philippine Red Cross to help those in need.

surprisingly, three major music companies have band together to help put this 39-track album which has been titled, Songs for the Philippines together and could be purchased on iTunes here.

Check out the full track list for the compilation  and if you can, don’t forget to donate if you can.

‘Songs For The Philippines’ track listing: