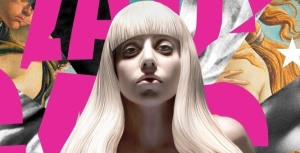 UPDATE: In case you guys have yet to get a full download of Mother Monster’s new album, head on over here and download your own copy of it.

Lady Gaga’s attempt to keep her new album, ARTPOP under lock and key until its release date might have just gone to the dogs because it has been reported that the pop stars highly anticipated new album, has just leaked.

Over the last several months, Gaga has been unveiling tracks from the new album. “Applause” was the first official single off of the new record followed by her treating fans to several other new tracks when she performed at the iTunes Festival in England back in early September.

Over the course of the last month, she unveiled other tracks including her new single “Do What U Want” which features R. Kelly. This past week, another song titled, “Dope” made it onto the internet.

The new album and its application that Gaga revealed would connect all the Little Monster around the world, are not due to be released until November 11.

Gaga, who is not one to take hackers and leakers lightly, has not yet commented on what has happened, but sadly, the album leak has been taken down from the website that had it.