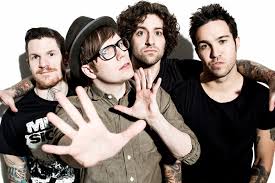 Fall Out Boy are back with the newest music video for the continuation of their “Young Blood Chronicles.”

The song from Save Rock and Roll getting the music video treatment this time around is “Just One Yesterday” which features singer, Foxes on the track. Foxes already has one hit song under her belt and on the radio; she contributed her vocals to Zedd’s hit song, “Clarity.”

As for Fall Out Boy, there are currently a  total of six tracks that have gotten music videos as part of the chronicles and according to them, all the tracks on the album will be getting a music video, so at the end it ends up like a short film.

Watch the newest installment below and if you haven’t yet seen the first five, no worries, you can catch up on all of the previous videos here.