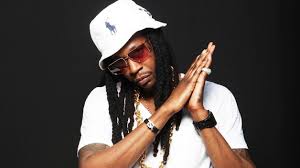 Remember when news hit that rapper, 2 Chainz and his “posse” had been robbed at gunpoint earlier this week? And then he went on the defense on Twitter by saying that it didn’t happen and that if it had really happened, the thieves would have posted their newly acquired merchandise on the web?

Well, turns out that next time 2 Chainz should just admit that it did happen because earlier today, gossip site, TMZ acquired video showing exactly what happened that faithful night which, let’s be honest, we all know what happened.

P.S., according to TMZ, 2 Chainz ran away like a little baby which led to him tripping and falling on the floor where one of the thieves got him, stealing his phone and wallet.

The surveillance video can be seen below: