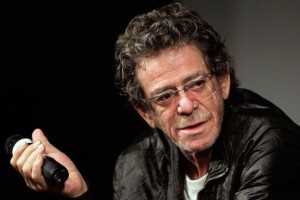 In what might have fans of the musician a little upset, Lou Reed has confirmed that he has had to cancel five gigs for April, including super huge festival, Coachella. But Coachella aren’t the only ones feeling the sadness; gigs in  San Francisco, Los Angeles and Monterrey, California have also been nixed.

Reed was previously scheduled to perform at Coachella on April 12 and April 19, San Francisco’s The Warfield on 14, the Golden State Theatre in Monterrey on the 16th and then the Orpheum in Los Angeles on the 17th.

No official reason has been given as to why the former Velvet Underground frontman decided to cancel those dates, but the  Goldenvoice Page for the Orpheum says that the “show has been cancelled due to unavoidable complications.” Refund and other information has not yet been released.