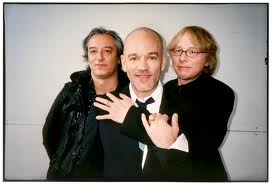 R.E.M’s sixth studio album, Green, will be getting the reissue treatment for its 25th anniversary. The new issue will feature two discs as well as a remastered version of the original album, a live disc selected from a November 10th, 1989 show in Greensboro, North Carolina and last but not least, the penultimate concert of the band’s massive 130-date Green World Tour.

Green: 25th Anniversary Deluxe Edition will be released on May 14 through Rhino Records both digitally and on CD.

Rhino Records also said that they will be releasing a limited-edition EP called Live in Greensboro which includes tracks that did not make it onto the reissue.  That album could be found at selected record stores on Record Store Day on April 20 which will include an original R.E.M. patch from the Green Tour that was recently found inside the band’s vault