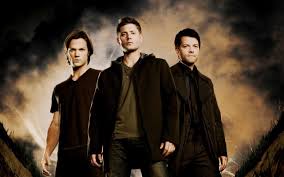 Looks like angels, devils and other other-worldly things aren’t the only thing that the cast of Supernatural have encountered. Ever since the “Harlem Shake” videos have become a viral hit (kind of like the “Call Me Maybes” of 2013) everyone from The Miami Heat players to probably your next door neighbors have done the ‘dance,’ recorded it and posted it online.

Now the cast and crew of The CW’s hit show have gotten in on the hype, so watch it all go down here in the “SupernaturalShake”: